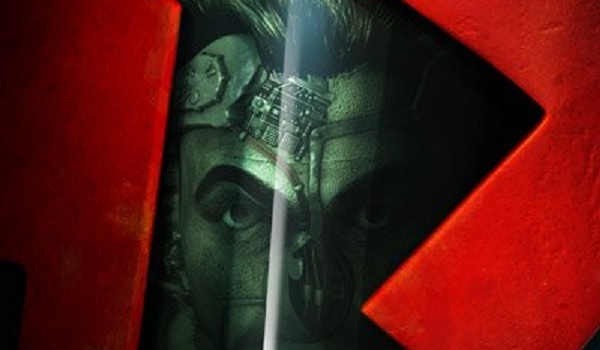 Synopsis: Name’s Rico Dredd. I was a Judge. I tried to save my city, and they called me a criminal. Twenty years hard labour in a penal colony a billion kilometres from Earth. They gave me mechanical lungs just so I can breathe, laced my skin with polymers so I can walk in sub-zero temperatures. Stripped away everything that made me human. I was a hero and they turned me into a gruddamned monster. But maybe that was fate, because in the year 2089 disaster hit the prison, and it was down to me to save everyone. Sometimes the monster becomes the hero.

“For I Have Sinned”, the final novella in the Rico Dredd: The Titan Years trilogy brings Rico’s twenty-year sentence to an end with a fresh and exciting take on a prison riot storyline. Previous novellas in the series seemed to focus on events outside of the prison with Rico either stranded on the moon’s surface or infiltrating a top-secret military facility, so it was refreshing to read an adventure that was centred on the prison itself. Michael Carroll does a fantastic job crafting a tense and claustrophobic environment as Rico attempts to quell a prisoner riot and deal with a food crisis at the same time, showcasing the ingenuity and stubbornness that are inherent to the Dredd/Fargo genes.

As with previous instalments, the novella is told from the first-person narrative which allows Rico to influence the telling of the story as he justifies his decisions and smooths over some of the rougher moments to position himself in a favourable light. There is a change in perspective towards the end, as the final chapters reveal exactly who Rico is recounting his tale too and it becomes clear why he would want to present the best version of himself. It is also interesting to note Rico’s relationship with women, something that is hinted at throughout the trilogy, and how that subplot comes to a surprising climax (pardon the pun!) in those final chapters.

Personally, I felt those final chapters were actually the weakest element of the book as they felt more like “continuity caretaking” than part of the story proper and the switch to third-person narrative was somewhat jarring. Carroll distances from the character in those two sequences, which arguably are where Rico is the most human. I was eagerly anticipating the final confrontation between the Dredd brothers – despite it already documented (twice) in comic book format – and while Carroll’s retelling is accurate, it feels a bit too brief and dare I say, anti-climactic. Of course, this is the trickiest part as Carroll is joining his new story to the existing plot that has been set in stone for over forty years.

While “For I Have Sinned” succeeds as a taut Sci-Fi prison thriller, it is also a worthy character study of one of the defining element of Dredd’s early life. Rico’s fall from grace is one of the most significant moments in Joe Dredd’s life, and while previous appearances have positioned the character as a one-dimensional “evil twin”, Carroll’s trilogy explores and humanises the character in a way that highlights both the differences and the similarities between the brothers. Cut from the same DNA cloth, both Dredd brothers are resourceful strategists with an undeniable survivor’s instinct – however, Rico’s selfish ego separates him from his clone brother – and arguably makes him the more human of the twins. Joe is indoctrinated by the Law, brain-washed into the fascist state, whereas Rico recognises the faults in the system and chooses to exploit them (despite his claims to the contrary in his narration). The two are intriguing mirror images of each other, and it is a shame that they were not pitted against each other more. Carroll’s trilogy serves to highlight just how much of a compelling character Rico was, and the missed opportunity to develop him into a recurring foil for Dredd.

“For I Have Sinned” is a stunning conclusion to the Rico Dredd: The Titan Years trilogy, which succeeds masterfully in enhancing the original “Return of Rico” storyline, fleshing out the details to make Rico into a fully-formed character in his own right. There is a real sense of tragedy to Rico’s story as he inevitably makes his way to his fateful confrontation against Joe – as despite the apparent character growth displayed within the trilogy, he is unable to let go of his past and seeks out those who wronged him. A regular contributor to 2000AD, Carroll displays an almost encyclopaedic knowledge of everything Judge Dredd – but he manages to combine this love for the series’ continuity with engaging stories that feel utterly authentic to the franchise. I really enjoyed his prose style, and the way he captured Rico’s voice on the page. I have really enjoyed these 2000AD novellas and the way that they have expanded upon the mythology – either through Rico & Joe’s early years, the prototype Judges or Judge Anderson’s first years on the force, and I hope that we continue to see some more stories in the range.