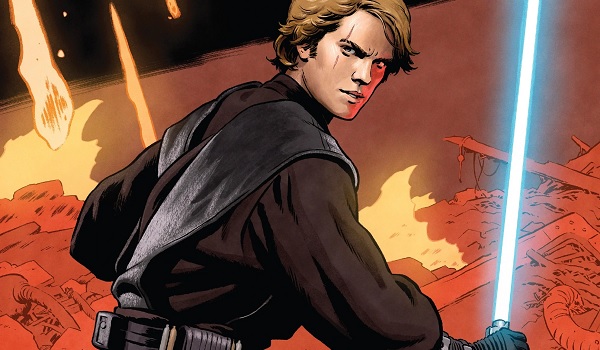 Set during the earliest skirmishes of the Clone Wars and before Anakin acquires his own padawan in Ahsoka Tano, this single issue adventure focuses on Anakin’s idealistic side as he clashes with Admiral Yularen over a decision to attack a weapons factory. Jody Houser’s script reflects Anakin’s rebellious nature as an unconventional Jedi who is willing to clash with military minds to follow his own path, something that will lead to his eventual downfall. Crucially, this issue also showcases his damaged background as a slave and how that continues to haunt and influence his decisions. Anakin is such a fascinating character – a flawed saviour, haunted both by his origins and fears of inadequacy, and Houser gets to opportunity to explore that duality in this short, but engaging adventure. 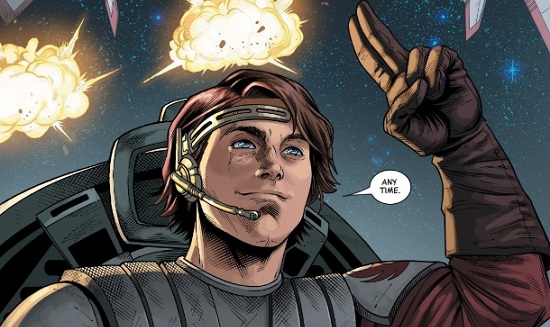 Cory Smith and Wilton Santos handle art duties for this one-shot, injecting a real sense of awe to the deep-space dogfights and the close-quarters lightsaber battles. The sequence in the weapons factory with Anakin fighting the Separatist droids is wonderfully action-packed and evokes memories of the frenzied battles from The Clone Wars TV show. The story highlights plot threads from the initial series of The Clone Wars, demonstrating Anakin’s willingness to disobey orders to do what he feels is the right thing, regardless of whether it puts others at risk. While other Jedi are more obedient, Anakin’s rule-bending makes him vulnerable to the Dark Side as seen in “Revenge of the Sith” where he turns his back on the Jedi order in his misguided effort to protect Padme.

Overall, this issue is a fascinating glimpse into the heroic side of Anakin Skywalker before his cockiness and saviour-complex leads him down a very dark path, and a worthy addition to the continuity of The Clone Wars.