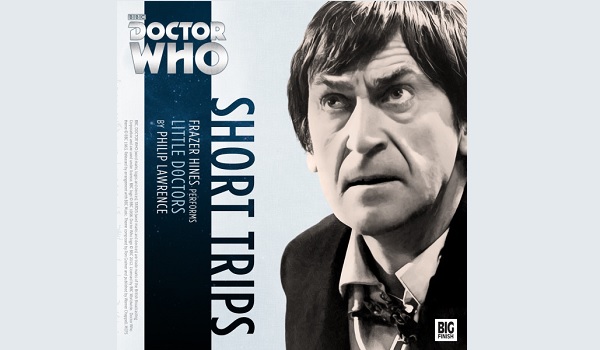 Synopsis: The TARDIS brings the Doctor, Jamie and Zoe to a sophisticated Earth colony. Olympos is a world of hi-tech cities, where the lives of the populace are controlled by an all-seeing, all-knowing super computer: Zeus. When the Doctor sees how the human inhabitants have been robbed of the more simple pleasures, he sets out to bring real life back to the colony. But his mental connection to Zeus has some unexpected consequences…

The TARDIS’ meanderings through time and space brings the Doctor, Jamie and Zoe to Olympos, an Earth colony run by the omnipotent super-computer Zeus. While everything is running perfectly under Zeus’ guidance, the place lacks imagination and colour – which is something that the Doctor intends to rectify, although his meddling has unintended consequences. Philip Lawrence’s script is extremely engaging and his vision of an efficiently run future where people are matched by suitability over attraction feels like a typically 1960s sci-fi trope, evoking memories of Logan’s Run and other seemingly Utopian views of the future. In fact, this story feels very much like it comes from the early black and white era of Doctor Who, and Lawrence’s choice of the Second Doctor, Jamie and Zoe as leads is inspired. That said, I am slightly biased as they are my all-time favourite TARDIS team.

Frazer Hines is a tremendous narrator, seamlessly slipping into the voices of the Second Doctor, Jamie and Zoe whilst describing the events. It honestly felt like multiple actors were taking part in the story, and I sometimes forgot it was a Short Trips audiobook. The story is engaging from the off, thanks to a surprising ‘in media res’ opening that later gets resolved towards the end of the adventure. Lawrence’s script is playful and willing to subvert expectations, particularly in its second act when the ‘Little Doctors’ come out to play. The mischief that ensues reminded me of Gremlins II: The New Batch and how the Gremlins interfere with the futuristic Clamp Centre to turn a seemingly perfect autonomous city into a chaotic playground.

Without spoiling too much, I have to say that this would have been a terrific televised episode if it had been produced back in the 60s due to its core visual of the ‘Little Doctors’ – although I don’t know how they’d have pulled it off with the special effects of that period. Again, the Second Doctor is the perfect incarnation of the Doctor for this adventure, as he is portrayed as impish, cheeky and up for mischief and his doppelgangers evoke those very same qualities. I also liked how Zoe and Jamie played meaningful roles in the story too, working together as a true team to solve the problem and restore order. I have to say that listening to Hines perform this adventure reminded me how much I miss this era of the series, and I am extremely thankful that there are plenty more “lost stories” of the Second Doctor in the Big Finish catalogue.

Beautifully written and performed, “Little Doctors” is a wonderfully cheeky ode to the Second Doctor and another sure-fire hit from the Short Trips range. At just over half hour in length, it is the perfect listen for the work commute and is far more engaging than a crossword puzzle or umpteenth game of Candy Crush!

Doctor Who: Little Doctors is available direct from Big Finish as a digital download