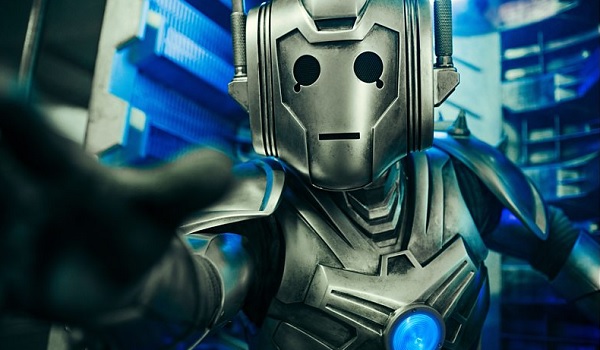 Synopsis: The aftermath of the Great CyberWar. The Doctor arrives in the far future, intent on protecting the last of the human race from the deadly Cybermen. But in the face of such a relentless enemy, has she put her best friends at risk? What terrors lie hiding in the depths of space, and what is Ko Sharmus?

Hot on the heels of the Lone Cyberman, the Doctor and her friends find themselves in the far-future amongst the ashes of the Great CyberWar, where the last remnants of humanity and the Cybermen continue to battle towards extinction. From the outset, Chris Chibnall’s script establishes this as a high-stakes finale, removing the Doctor’s tried-and-tested defenses against the Cybermen from the playing field immediately and putting her up against a desperate, yet no less dangerous trio of Cybermen. With humanity reduced to a mere handful, there is a sense of increased importance to every death – and I was surprised at how quickly characters were wiped from the board in that initial opening act. The carnage was so unrelenting that I was actually scared for Ryan when he got separated from the others and wandering about the ruins alone – and even when he found himself paired up with the Doctor again, I was concerned that he might have a target on his back.

Chibnall maintains the tension throughout his script, although Graham and Yaz’s optimism didn’t ring true considering they had been separated from the Doctor and the TARDIS, and for all they knew, Ryan was dead. While it was nice to see Graham and Yaz paired together for a change, I do think Ryan and Graham work well as a double-act, and I worry that separating the two of them might mean that there is a heart-breaking moment in the future. The supporting cast were top-notch, as always, particularly Julie Graham who did a great job at portraying one of the last women left alive. After his stunning debut as Ashad the Lone Cyberman in “The Haunting of Villa Diodati”, Patrick O’ Kane continued to radiate evil and menace as he stomped his way across every scene he was in. The moment where he faced off against the Doctor in hologram form was brilliant and I would love it if he became the ‘Davros’ of the Cybermen. 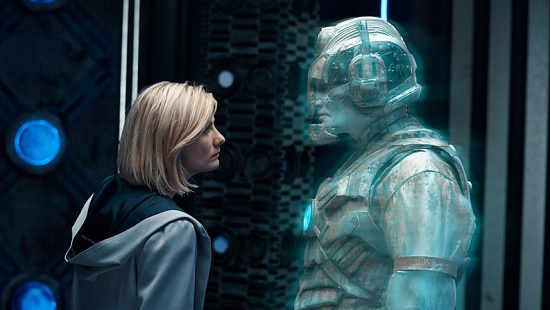 Running parallel to the main plot of the Cybermen’s ascension was the seemingly disconnected story strands that featured the life of an Irish Garda named Brendan. Starting off rather innocuously, the plot soon saw Brendan revealed as immortal (yet aging) before a truly brain-scrambling moment where his father and mentor (both un-aged) stuck him in some machine to wipe his memories. Rather frustratingly the plot never seemed to directly connect with the action in the far-future which suggests that Brendan would have a larger role in the future. Could it be yet another secret incarnation of the Doctor? He was ginger, which has been a long-term ambition of the Doctor. As the episode played, I kept pausing to guess the identity of Brendan, with guesses as random as “it’s Graham”, “okay, it’s Graham’s dad”, “okay, it’s the Master” and “okay, it’s that old man”.

After watching the whole episode, and still being none-the-wiser to his identity, I am going with the theory that this Brendan is something to do with the Timeless Children and perhaps their lives are harvested for the Time Lord’s regenerations? It would be pretty bold for Chibnall to tie the regenerations (essentially the thing that makes the series last) to an evil act, but it seems like this is where he is heading. Perhaps the regenerations come from experimentations on humans, stealing life essence from them to extend their own existences? To be honest, I have no clue and that is absolutely exhilarating! I haven’t been this shocked and surprised by Doctor Who for years, perhaps since the reveal of River Song’s identity and the whole Trenzalore mystery. With so many plot threads dangling in the air, I am slightly apprehensive about whether Chris Chibnall can tie them all together in a satisfying manner and while I have been enjoying the mystery and the reveals up until now, ultimately this next episode will determine whether this season is a success or not. 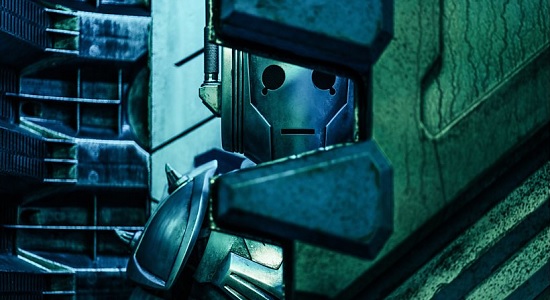 The discovery of a lost battalion of Cybermen Warriors, which look like a mix of the classic and modern designs, reminded me of the episode “Victory of the Daleks” where the last few Daleks resurrect the ‘new Dalek paradigm’ resulting in a multi-colour redesign and refresh – although it was quickly discarded by the time that the next Dalek episode rolled around. I loved the retro styling of these Cybermen Warriors and would be extremely pleased if these were to become the new standard for the Cybermen going forward. Part of me was expecting a Dalek reveal at the end of the episode in the same vein as “Army of Ghosts” / “Doomsday”, although the Master’s reappearance was far more satisfying as it brought with it the promise of answers. Sacha Dhawan’s Master was fantastic in the two-part “Spyfall”, and his presence in the finale bodes well, especially if it provides us with some answers to the key mysteries surrounding him and the Fugitive Doctor.

Cinematic in scope and tone, “Ascension of the Cybermen” was filled with tension and suspense throughout whilst the season’s central mysteries bubbled beneath the surface. The Doctor has found a brilliant new arch-nemesis in Ashad the Lone Cyberman and I hope that he becomes a recurring foil for the Doctor going forward. The episode set the scene for the finale perfectly, creating a genuine sense of unease for both the Doctor and her companions as it feels like the safety net has been pulled away and anything could happen in the next episode. The stakes have never been higher, not just for the Doctor and her friends, but for the series and show-runner too. I am hoping for a successful wrap-up to the mysteries of the season, but am worried about series-breaking changes to the canon. Fingers crossed for a smooth landing…

Next Episode: “The Timeless Children”
As the last remaining humans are ruthlessly hunted down, Graham, Ryan and Yaz face a terrifying fight to survive. Civilisations fall. Others rise anew. Lies are exposed, truths are revealed, battles are fought, and for the Doctor — trapped and alone — nothing will ever be the same again.