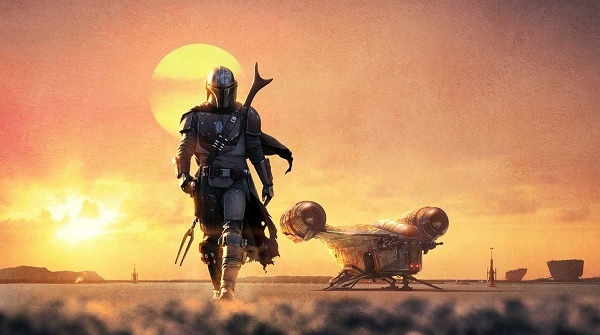 Set five years after the events of Return of the Jedi as the New Republic attempts to restore order after the defeat of the Galactic Empire, The Mandalorian shines a light on the criminal underbelly of the Star Wars universe and the Bounty Hunter’s Guild. As a result, the series feels tonally different to the fantasy swashbuckling of the Skywalker Saga and instead borrows tropes from the Western genre as its lead protagonist occupies the familiar “Man with No Name” archetype. A man of few words and his face hidden by the iconic Mandalorian helmet, ‘Mando’ shares more in common with the masked villains of the franchise than the heroes, but his strict code of honour and loyalty to his brethren dictate his behaviour. As the series progresses, it becomes clear through flashbacks to his childhood why the sight of an abandoned child would cause his paternal instinct to kick in. Creators Dave Filoni and Jon Favreau are extremely subtle throughout this entire first season, opting to let the visuals and action set-pieces dominate the series instead of using dense exposition. As a result, this is a series that is extremely accessible for non-Star Wars fans and could theoretically be watched independently of the movies.

Rather annoyingly, The Mandalorian was heavily delayed in the UK as we had to wait for Disney+ to launch in March 2020 – a whole five months after the US launch! Of course, there were those who opted to turn to the dark side and source less-than-legal copies of the show before the official launch, but I decided to wait it out. This meant, however, that I was aware of some of the series’ biggest twists before I got the opportunity to watch them unfold onscreen – namely, the identity of the Mandalorian’s mysterious bounty. The Child, or “Baby Yoda” as he is more commonly known, became an overnight sensation and catapulted the series into viral memes and an overdose in merchandise. The relationship between Mando and The Child forms the foundation of the series, and the episodes that develop this central plot are much stronger than the “missions” that Mando embarks upon in-between. That said, I found that this balance of standalone stories and the main story-arc worked extremely well and allowed the series to explore the ad-hoc nature of bounty hunting. I particularly liked the episode “The Prisoner”, in which Mando had to work with a team of fellow bounty hunters to infiltrate a prison ship and rescue a former colleague. 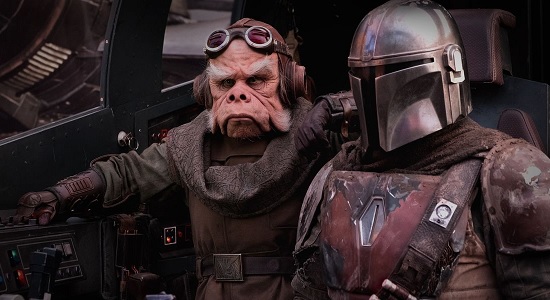 Pedro Pascal does a fantastic job at bringing Mando to life as a character with just his voice and body language. He was so fully formed as the costumed bounty hunter that I was actually a bit disappointed when we got a glimpse at the man underneath the mask – much like that moment in Return of the Jedi where Vader removes his helmet to reveal a slightly saggy-faced albino. While he might share the same armoured design as Jango and Boba Fett, Mando differs from his predecessors in that he is fully immersed in Mandalorian culture after being saved as a foundling and he appears to be more heroic that either of the Fetts. This initial season acts as an origin story for Mando, as he earns his Beskar armour and eventually his jetpack, finally taking the position of a true Mandalorian by the season’s end. With his own kind decimated and reduced to near-extinction, Mando is as unique a commodity as Luke Skywalker, both heroes maintaining a legacy established generations before their own. Established as a protector of The Child, and sent to reunite him with the remains of the Jedi Order, Mando is given a quest that promises to push him further into the recognisable Star Wars universe.

Even though he is the MacGuffin at the heart of the series, little is actually known about The Child or why Moff Gideon wants to acquire him. From the hints given in the episodes, it seems like Gideon wants to somehow extract his Force Powers (Midichlorians) and either use them to enhance his own body or to create a new race of Force-sensitive Clone Troopers. The identity of the child is even more mysterious, although he clearly belongs to the same race as Yoda. Could he be a son or sibling of Yoda? Or perhaps a clone produced in secret by Palpatine? Surely it wouldn’t be too difficult for Palpatine to get ahold of Yoda’s DNA in order to replicate the legendary Jedi Master. After all, Palpatine loves to clone ahead – as evidenced by his reappearance in The Rise of Skywalker. By having its lead character unfamiliar with the Jedi Order and the Force, Filoni and Favreau are able to maintain the series’ accessibility by making their characters know less than the audience. When the explanations eventually come, they will need to be explained to Mando and his friends first, and by proxy, any audience members who don’t share an encyclopaedic knowledge of the Star Wars universe. 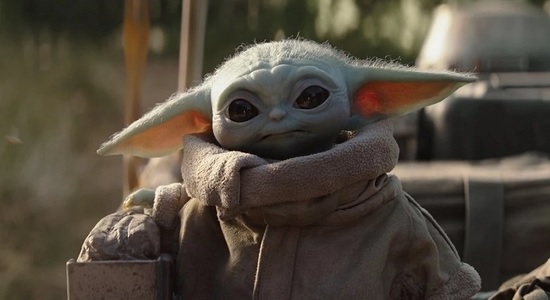 There is no denying that the quality gap between TV and Film is narrowing – shows like LOST, Breaking Bad and Better Call Saul have stunningly beautiful cinematography that rivals the big-screen and The Mandalorian continues that trend with sets, special effects and costumes that equal that of its cinematic counterparts. I was absolutely amazed at how the crew were able to create Hollywood-level quality on a TV budget; each episode looks and feels like a mini-movie condensed into half hour chunks and some of the action set-pieces, such as Mando’s attempts to chase after the Jawa’s sandcrawler or the epic gunfight with Moff Gideon’s troops, were simply mind-blowing. One episode of note is when Mando visits Tatooine and the Mos Eisley spaceport from A New Hope; it actually looks far better than it ever did in the original 1977 movie. There is never a moment when the storytelling feels restricted by the budget, and ultimately, it feels like a more faithful follow-up to the original trilogy than the sequel trilogy we ended up with.

The series runs at a much slower pace than most other Star Wars stories, particularly the frenetic high-speed battles of The Clone Wars animated series, and it sometimes feels like not enough is happening in the narrative. The central plot of The Child is so compelling that it sometimes overshadows the self-contained stories, making them feel like filler until the plot returns back to that mystery. While some plot threads from the previous episodes do come together in the finale, some of those ‘middle episodes’ felt inconsequential to the wider story-arc and a second season would benefit from a more organic narrative thread between each episode.

The Mandalorian deserves all the acclaim and positive buzz it has received over the past six months as it manages successfully bring Star Wars to live-action TV without sacrificing any of the elements audiences know and love. As the flagship Disney+ Original programme, it sets the bar extremely high for the forthcoming limited-series set both in the Star Wars and Marvel universes, delivering cinema quality experiences direct to the small screen. A monumental success for the franchise and for Disney as a whole, The Mandalorian effortlessly brings the wonder of a galaxy far, far away into your living room.