Synopsis: In the 1960s with the Cold War in play, CIA agent Napoleon Solo successfully helps Gaby Teller defect to West Germany despite the intimidating opposition of KGB agent Illya Kuryakin. Later, all three unexpectedly find themselves working together in a joint mission to stop a private criminal organization from using Gaby’s father’s scientific expertise to construct their own nuclear bomb. Through clenched teeth and stylish poise, all three must find a way to cooperate for the sake of world peace, even as they each pursue their own agendas.

Following in the same footsteps as Mission Impossible, Starsky & Hutch and Charlie’s Angels, The Man from U.N.C.L.E. is another big-screen re-imagining of a classic US TV series, designed to appeal to modern audiences. Originally running during 1964-1968, The Man from U.N.C.L.E. TV show featured the odd couple pairing of American and Russian secret agents working together despite the Cold War tensions between the two countries at that time. With over a hundred episodes across four seasons, the series was extremely successful and along with the James Bond movies, it was responsible for the spy-fiction craze in the sixties. Rather than updating the action to the modern day, the movie maintains it mid-sixties setting to preserve the series’ central concept of the Cold War culture clash between Agents Solo and Kuryakin.

Guy Ritchie directs the movie with his trademark fast pace, employing stylish cuts and transitions that echo the swinging sixties setting. Fans of his eclectic narrative style from the likes of Lock, Stock and Two Smoking Barrels, Snatch and the Sherlock Holmes movies will notice those flourishes on display here – particularly in the opening sequence which has the two spies meet for the first time. Henry Cavill charms as the roguish American CIA agent Napoleon Solo, distancing himself from his role as Clark Kent / Superman to play a very different type of hero. Armie Hammer takes the role of his Russian counterpart, KGB operative Illya Kuryakin, complimenting Solo’s cocky bravado with his restrained anger and stoicism. The two actors definitely share chemistry together, investing the audience in their relationship as they go from enemies to rivals to friends. Watching them trade barbs with each other is one of the highlights of the movie, superseding the actual plot by some mile. 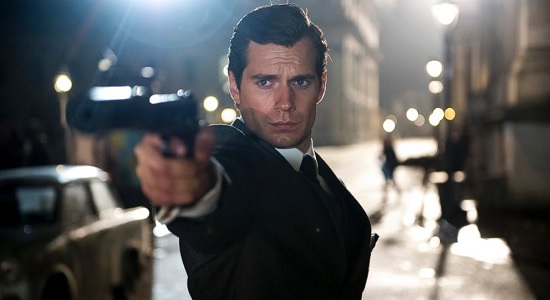 Alicia Vikander plays Gaby Teller, a plucky mechanic whose father has been forced to work on a nuclear weapon on behalf of Nazi sympathisers. She holds her own against the two male leads, often caught in the middle of their bickering, and her interactions with the emotionally-closed off Kuryakin are extremely fun to watch. Vikander takes the role beyond the typical “damsel in distress” stereotype but without losing her femininity – after watching her in this movie, I am keen to see her in the recent Tomb Raider reboot. The supporting cast all do a great job, and oddly Hugh Grant appears in an extended cameo that is more of a nod to the classic TV series and a potential sequel than an active role in this movie. I also really enjoyed the nastiness of the film’s villainess, played by Elizabeth Debicki, as she provided a very different type of nemesis for our heroes.

In terms of tone, the film itself feels very continental at times with the key sequences set in Berlin and Rome, and while it is set in the sixties, it never feels particularly dated. Some aspects of the film’s plot are reminiscent of classic spy movies, but there is a modernity to Ritchie’s direction that refreshes the genre and separates it from its predecessors. While the film is light-hearted and has some humourous moments, it doesn’t descend into farce or parody like the Starsky & Hutch movie did, and instead it adapts the source material faithfully. Ritchie opts to focus on the relationship between its lead characters rather than pumping the film full of action set-pieces, in fact, the most thrilling part of the movie is the initial confrontation between Solo and Kuryakin near the beginning as they both attempt to recruit Teller to work for their side of the Cold War – it quickly descends into one-upmanship as the pair continually outsmart each other, culminating in a breath-taking chase over the Berlin Wall.

There’s a infectious sense of fun to The Man from U.N.C.L.E. that comes from its charismatic trio of protagonists and the jaunty directorial style of Guy Ritchie. The violence and peril seem inconsequential at times, often paired with a visual joke to reduce any tension. For example, a scene with Solo and Kuryakin escaping from a facility begins as an action-packed boat chase before Solo is thrown from the boat and ends up watching his partner attempt to escape from the relative comfort of a van – complete with an abandoned packed lunch. However, these moments of levity are perfectly pitched and are perhaps systematic of the way that big-budget action movies, particularly superhero movies, are scripted nowadays – the “Marvel” effect. In order to appeal to a wider audiences, the films are peppered with jokes and meme-able moments that can be quoted or shared on the internet as GIFs. While it doesn’t ruin the tone of the movie, it does negate some of the more dramatic elements and feels more akin to Roger Moore’s Bond than Daniel Craig.

Overall, The Man from U.N.C.L.E. is an enjoyable movie and a solid foundation for a new spy franchise, although there has yet to be any news on a sequel. Guy Ritchie proves himself equally at home in mid-sixties Europe as he was in late-nineties London, creating a suave spy movie that pays homage to its predecessors, but with a very modern feel. Cavill and Hammer are effortlessly charming leads, fueling the film with their witty bickering and one-upmanship as their forced partnership is what provides the film with its heart, distinguishing it from other bland spy films. A brilliant treat for a movie night in, The Man from U.N.C.L.E. out-bonds Bond and left me wanting much more from these odd couple spies!

The Man from U.N.C.L.E. is available on Blu-Ray and DVD from Amazon UK, as well as available to stream on Netflix.