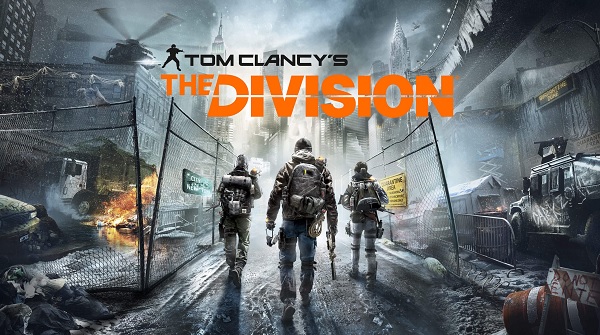 Developed by: Massive Entertainment
Published by: Ubisoft
Platforms: PlayStation 4, Xbox One and PC

Released for Xbox One, PlayStation 4 and PC in March 2016, Tom Clancy’s The Division has an eerily prophetic storyline that sees a deadly viral pandemic released during thanksgiving reduce New York to a wintry post-apocalyptic wasteland. While the COVID-19 coronavirus hasn’t been as devastating as that, it is somewhat spooky to play the game as an alternate version of our very own pandemic. Players take on the identity of a nameless sleeper agent for ‘The Division’, brought in as a last-resort to support the joint task force of emergency responders and National Guard against the increasing threat of ex-prisoners, rioters and rogue mercenaries. The Division is the first new game franchise under the Tom Clancy’s brand since his death in October 2013, and like the majority of the games under that brand, it is not an adaptation of any of his works. Instead, his name is used by Ubisoft as a shorthand for near-future tactical military shooters.

Set in an expansive open-world Manhattan, The Division is a curious hybrid of existing games – blending Gears of War, Rainbow Six and Destiny together to produce a third-person shooter that features cover mechanics and MMORPG elements. Players’ strength is determined by the weapons and armour that they scavenge from the barren streets of New York, with experience points earned from kills allowing them to level up and wear more advanced items. This gives the game a very enjoyable sense of progression as players have to build up their own levels, whilst looting rare items from chests and the corpses of their fallen adversaries. It can be repetitive at times, but I really enjoyed the sense of achievement when I’d discover a particularly strong piece of armour that improved my character substantially. Items are colour-coded by rarity and the gatekeeping level system ensures that players can’t make use of overpowered items from the outset, thereby having to earn the right to use a deadly weapon. 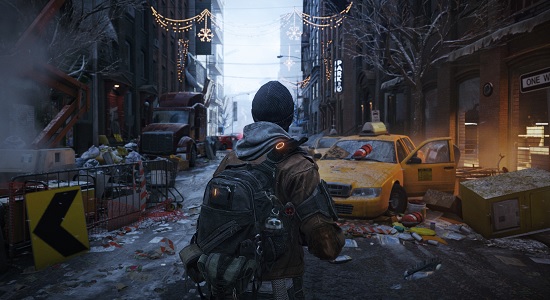 The Division boasts one of the most beautiful open-world maps I’ve ever played with a sense of realism that is staggering. The weather effects are particularly outstanding with blizzards evoking a real sense of isolation as you trek your way through the abandoned Manhattan streets. The attention to detail is absolutely amazing with lots of little Easter eggs and hidden areas to explore. The map is littered with lots of world-building collectibles that allow players to piece together a narrative by exploring through cell phone messages, case reports, or even drone photos. The short stories and vignettes present in these collectibles are sensational and I found myself compelled to collect as many as possible so I could find out the fates of these doomed characters. I also enjoyed the “echoes” – virtual reality recreations of past events that allows the player to locate evidence, much like the detective mode sequences from the Batman: Arkham Asylum games. The amount of depth involved in these optional collectibles was astonishing and just made the experience all the more immersive.

The Division can be enjoyed as a single-player experience, although it does still require an online connection to play, but it works best as a co-operative adventure. Missions can be replayed multiple times and at tougher difficulties to get better loot, and teaming up with others is the easiest way to earn those rewards. Initially I found it difficult to pair up with other players, but once I’d completed the main missions once and hit level 30, I reached the “endgame” and was able to play with others at the same stage. Once you plateau at the highest level, the game becomes more tactical and focuses on PvP (player versus player) as opposed to PvE (player versus environment), encouraging players to explore the Dark Zone – an area central to the map where the best loot in the game is located and players can attack each other and steal items. Customisation becomes more important too with special “gear items” available that feature additional attributes and skills that personalise character builds far greater than before. 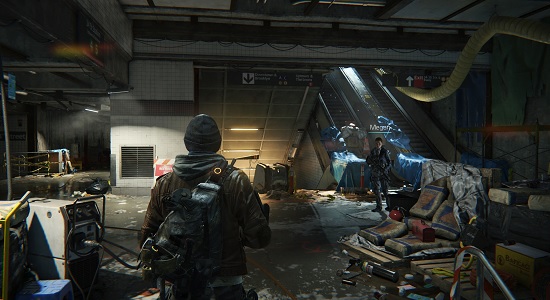 There is a staggering amount of content available for this game, although the majority of it is accessible in the endgame phase. Three pieces of paid DLC are also available and offer fresh new takes on the PvP and PvE game modes. The first, “Underground” allows players to co-operatively explore the sewer systems underneath New York City in a series of procedurally generated maps, each with a new objective. The randomness of the levels provides some variety to the game’s set story missions, although it soon becomes familiar. The second, “Survival” is the most exciting addition and forces players to start afresh and scavenge for items to fight off the cold, enemy AI and rogue players. Collecting scrap items and using them to build items is incredibly rewarding and captures elements of Minecraft and other survival-driven games. The emphasis on finding shelter from the cold and ‘perma-death’ elements really heighten the tension and this DLC could easily have been developed into a full game. The third and final DLC, “Last Stand” was a bit of a bust for me as it was a capture-the-flag multiplayer mode that required 16 players to initiate a game and I never found that many players. It would have been nice if the game allowed bots to fill up the spaces because I never got to experience that part of the game as a result.

The Division is a thrilling addition to the Tom Clancy franchise and a great example of an MMORPG title that can be played both individually and with co-operative partners. The world-building is simply magnificent and the attention to detail goes way beyond most titles with one of the most expansive open-world maps I’ve ever seen. There’s a “pick up and play” feel to the game’s mechanics which feels familiar to anyone who has played a third-person shooter, but the customisable options give increased depth for those who enjoy stats and class-building. Separating the Dark Zone from the main game ensures that PvP is an optional element and that players aren’t targeted by over-powered opponents during the early stages. The sense of progression as you level up your character is extremely rewarding and the sheer wealth of items available means that players are constantly finding new pieces to upgrade the character with. Impressive in its scale and immensely enjoyable, The Division was a fantastic experience from the beginning to the end.

Tom Clancy’s The Division is available on PlayStation 4, Xbox One and PC from Amazon UK.